Or check our Popular Categories... 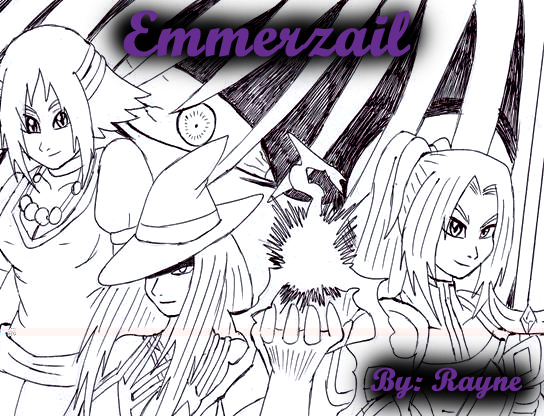 Overview:
The story is about an incubus named Emmerzail who was sealed by the Hero, Aldrinn, in Chapel Orsia 20 years before the beginning of the story. Now, he is plotting to release himself and regain the powers he had lost over the years in his confines while other Evil Beings are also plotting to stop Emmerzail’s return and to increase each of their own forces in preparation for the arrival of ‘Chaos’ which is said to be “The time where the weak are subdued and the strong rules”.
You control one of the 3 selectable heroines (Each with their own routes with different starting point, different story and background.).

Sera:
A Magician Guild’s prodigy who bears the spirit of Emmerzail inside her. Emmerzail manipulated her to commit atrocities and to release his original body from the seal at Orsia. But she will not become his plaything forever. A member of the Silver Cross Guild who, after a fateful event, set out to oppose the Prince of Darkness and his army.

Lynn:
The daughter of the lord of the land, Lynn is a spoiled and arrogant princess who, after she went through suffering for the first time, changed her ways and tries to escape from her family’s curse.

v.0.85
Replaced images for 1 scene in Sera Route, 3 in Alice Route and 2 in Lynn Route
Added the scene of Alice being nude in the Airionn Tournament into the CG Mode
Added 10 h-scenes in Lynn Evil Route

v0.80b Bugfix
In this scene where Sera meets Kirie, there’s a bug that happens because I put the new lamp post there that makes Kirie’s even unable to walk through during that event, causing the game to freeze. I fixed this bug and reuploaded the game.

v0.80b
– Added lamp posts and light effects on the lamp post and windows at night in towns
– Updated the Neo Save script to include screenshots too and added 10 more save slots
– Fixed bug in the Alchemist’s cellar in Sera Evil Route
– Added Lynn Nude Walking animation in her Exhibitionism scenes
– Added 7 h-new scenes on Lynn Good Route

v0.80a
– Revamped the intro sequence (when you don’t move on the title menu for few seconds) and the intro at the prologue (after beating Aldrinn).
– Replaced images for 6 scenes in Sera Route, 1 in Alice route and 1 in Lynn route.
– Updated Sera Evil Route with 24 new h-scenes.

I get paid over 200$ per hour working from home with 2 kids at home. I never thought I’d be able to do it but my best friend earns over 10k a month doing this and she convinced me to try. The potential with this is endless. Heres what I’ve been doing..
🙂 AND GOOD LUCK.:)

I am making $162/hour telecommuting. I never imagined that it was honest to goodness yet my closest companion is earning $21 thousand a month by working on the web, that was truly shocking for me, she prescribed me to attempt it simply
﻿COPY AND OPEN THIS SITE________ http://Www.Salaryapp1.com

Previous Story
We use cookies on our website to give you the most relevant experience by remembering your preferences and repeat visits. By clicking “Accept All”, you consent to the use of ALL the cookies. However, you may visit "Cookie Settings" to provide a controlled consent.
Cookie SettingsAccept All
Manage consent

This website uses cookies to improve your experience while you navigate through the website. Out of these, the cookies that are categorized as necessary are stored on your browser as they are essential for the working of basic functionalities of the website. We also use third-party cookies that help us analyze and understand how you use this website. These cookies will be stored in your browser only with your consent. You also have the option to opt-out of these cookies. But opting out of some of these cookies may affect your browsing experience.
Necessary Always Enabled
Necessary cookies are absolutely essential for the website to function properly. These cookies ensure basic functionalities and security features of the website, anonymously.
Functional
Functional cookies help to perform certain functionalities like sharing the content of the website on social media platforms, collect feedbacks, and other third-party features.
Performance
Performance cookies are used to understand and analyze the key performance indexes of the website which helps in delivering a better user experience for the visitors.
Analytics
Analytical cookies are used to understand how visitors interact with the website. These cookies help provide information on metrics the number of visitors, bounce rate, traffic source, etc.
Advertisement
Advertisement cookies are used to provide visitors with relevant ads and marketing campaigns. These cookies track visitors across websites and collect information to provide customized ads.
Others
Other uncategorized cookies are those that are being analyzed and have not been classified into a category as yet.
SAVE & ACCEPT
wpDiscuz